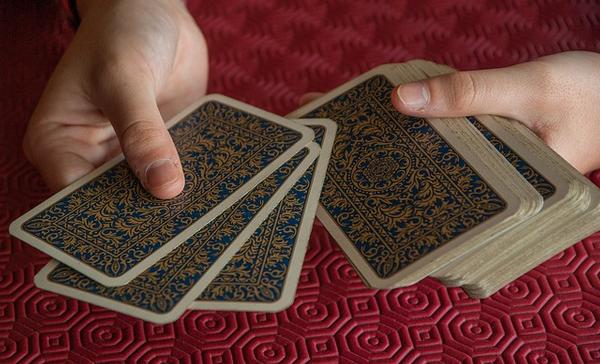 In this blog series, Altitude Dispensary is exploring the best marijuana games to play while partaking in the beautiful flower. Similar to drinking games, these game provide hours of entertainment while socializing with a few of your friends. So let these blogs be your guide to choosing the best and most fun games to play after your purchases from Denver’s Altitude Dispensary.

The next game we would like to explore is one of the first. It is called Grass. This game was created in 1979 and is an expanded version of the French game, Mille Bornes. Of course, the French game is a car racing game and Grass is a pot dealing game. Many of the cards do share common themes.

In the game of Grass players are drug dealers, now largely a thing of the past with the legalization of marijuana in many states. But what fun to remember the good ‘ol days, right? Though, in the good ‘ol days I was always the buyer, not the dealer.

This is a game of cards in which players seek to add drug deal cards to their stash. These cards are varied in their monetary value. Other players can try to intercede when it is there turn. The winner is whoever gets to $250,000 first.

While collecting the drug deal cards, players will deal with government harassment, various fines, and fierce competition. You may make a fortune, or you may watch it all go up in smoke. This fun game of selling and dealing can have up to six players making for a fun, enjoyable evening.

The next exciting pot game we will explore is called Gangaland, An Epic Weed Adventure. This game has a cannabis castle and a cannabis crown! Sign me up! After getting everything you need from Altitude Dispensary, you can play this game with a few of your friends while you smoke away the evening.

Gangaland is a board game with a playing board, character pieces, a sand timer, a pencil and notepad, six photo prompts, and cards. In this game everyone smokes, passing to the left as etiquette dictates. This will also indicate the order in which the game is played.

Players pull cards from the deck, read the instructions on them, and follow them moving their character pieces forward and backward on the board. The goal of the game is to be the first player to land on a specified tile and thus be crowned king or queen of Ganjaland. Think Candyland, but for adult stoners.

It is important to note that all of these games that we have explored are meant to be played responsibly by those twenty-one years of age or older. The ideal location to play these fun games is in the comfort of your own home, or a friend’s home to ensure your safety.

There are still a few more games left to explore. In fact, when I decided on this as a topic for these blogs, I was nicely surprised by the amount of marijuana related games that are out there. So stay tuned til next week when we will explore a few more exciting games to play with your purchases from Altitude Dispensary.